Mental health is not something we as a society like to talk about. But we need to; I need to. I was diagnosed with Obsessive Compulsive Disorder (OCD) in 2016. It has been quite the journey, learning to recreate my identity surrounding an illness I knew little to nothing about, other than the preconceived biases that this society had created for me. Now that OCD affects everything that I do and everything that I think, all of the little misconceived comments about OCD in the media and from people around me, they hurt. I want to help change these ideas, and the way that we talk about OCD and mental illness. So I am writing this for myself, for understanding, to free up more space in my mind, and for you, if you would like to read it and to learn.

DISCLAIMER: The following posts contain pieces of my battle with a debilitating and often disheartening mental illness, and may be difficult to read for those also fighting depression or other mental illnesses. Please read further knowing that sensitive subjects will be brought up, but that I do so with the hope that others can find an ally. If you are struggling with depression, please know that while not many talk about this battle, you are not alone in it.

Fear is universal; sometimes it’s helpful, and sometimes it can become all-encompassing. I may have felt an excess of fear since a young age, but once my OCD hit me at full force, fear became one of the only things I felt for quite a few years. It’s an emotion that can feel completely overwhelming and impossible to fight. But what I’ve learn over the years of battling this illness is that I truly am bigger than those fears.

We all feel it, we all battle it, and sometimes we need a little reminder that we can get back up, we can be our own superheros.

To honor this human strength, and everything that this community has done for me and others, I decided to design another shirt to fund raise on behalf of the International OCD Foundation. All profits from shirts sold will go to this incredible organization that works to lift up the OCD and mental health community, educate, and spread awareness, through amazing events and conferences.

If you have the time and the desire, I would love for you to take a look at my fundraising page at https://www.bonfire.com/i-am-stronger-than-my-fears/

Lately I’ve been thinking a lot about who I want to be when I grow up; a privilege I haven’t been able to indulge in for many years, as I was focused on simple survival. Recently a clear dream has formed, a phenomenon that is equal parts exciting and terrifying. It’s a dream that if I’m being honest with myself, I think I’ve had for a very long time, I just never let myself fully give into it. I was afraid to let go of my childhood dream of becoming a veterinarian, because I’d already been forced to let go of so much of my childhood when I lost my mom. And there’s something about finally accepting this new dream and image of myself that feels like coming home, like this is what I was meant to do. This idea made me feel full, happy, it gave me purpose once again.

But as I was laying in bed last night after doing research on master degree programs, career paths, and so on, this nagging inkling of fear and doubt began to creep into my mind. It said that I have already failed once. Not just failed, but crashed and burned, and my life hasn’t been the same since. It said that I already had my chance at a dream and I couldn’t hack it. It said that I haven’t changed and that I would fail again. And I thought, I don’t think I could take that again. I don’t think I could build myself up all over again, just to have it all crumble beneath me.

And that’s when I realized that the voice I was hearing was not my own, but was my OCD’s. Living with the weight of OCD’s fears for all these years has trampled me down a bit. I think that I’ve lost faith in my own mind. I know what it feels like to be betrayed by my own thoughts, and what it feels like to have these intrusive fears tear down everything I’ve built for myself.

So yes, I’m still struggling with my OCD. Yes, I’m still not the fully functional person that I used to be, or society’s definition of a contributing and productive individual. And yes, I still struggle to get out of the house.

But the fact that I’m still struggling means that I haven’t given up. It’s time for me to give myself credit for how far I’ve come, for the progress I’ve made. It’s time for me to accept the fact that I can’t know the future; I can’t know what my mind has in store for me. But I’m not going to let that doubt stop me from trying. My failures, if we even want to call them that, don’t negate how hard I worked or how far I got.

I haven’t let myself dream in a long time. I was afraid of what it would mean, I was afraid that OCD would use it against me, and I was afraid that I would never make it. Last night I felt the doubt creep in and I let myself believe that it was too late. That I’d had my chance at a career, at a fulfilling life, and I’d let it go. And then someone reminded me that it’s never too late.

Tomorrow is the start of OCD Awareness Week, and this year the International OCD Foundation is organizing a social media campaign called #FaceYourFear. It is a wonderful opportunity for us all to share our stories, support each other, and fight the stigmas surrounding OCD, Anxiety, and just fear in general. We are all more than our mental illnesses, and we are all bigger than our fears, even though it often may not feel that way.

Those of us living with OCD and Anxiety have to face our fears on a daily basis, in many ways that the general public may not see or understand. I want to encourage myself and our whole community to welcome others into a discussion on what our fears mean to us, and how we face them every single day. I think this exercise will not only help us educate others, but will be beneficial to us as well. For me at least, I feel that I have become so used to being scared, that I no longer always realize and all of my little feats throughout the day. So share even the smallest of things! Recognize your strength for getting out of bed, for skipping a hand wash, for getting out of the house!

And because it is OCD Awareness Week, I want to reshare the link to the shirts I designed to benefit the IOCDF and all of the hard work they do for our community. I designed these shirts specifically to remind myself that I am more than my OCD, and I am bigger than my fears. 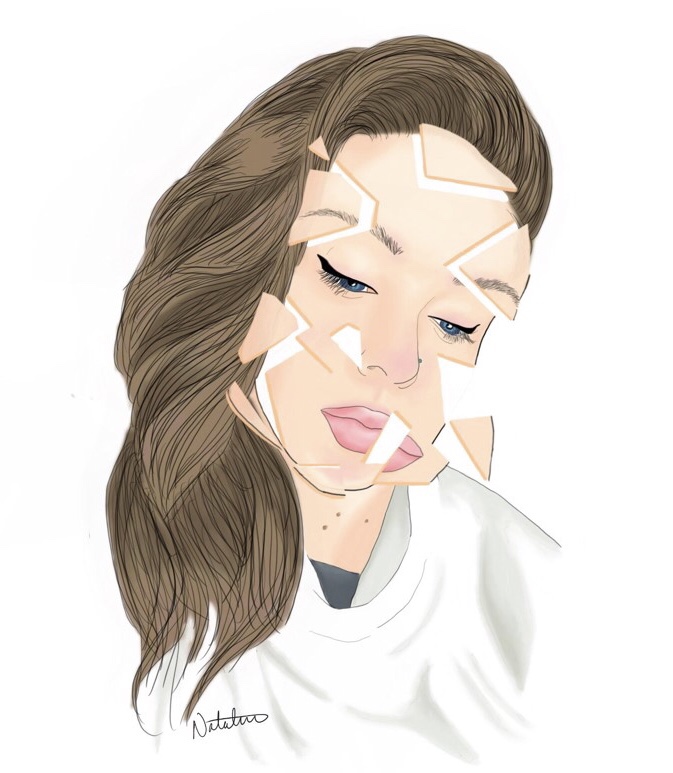 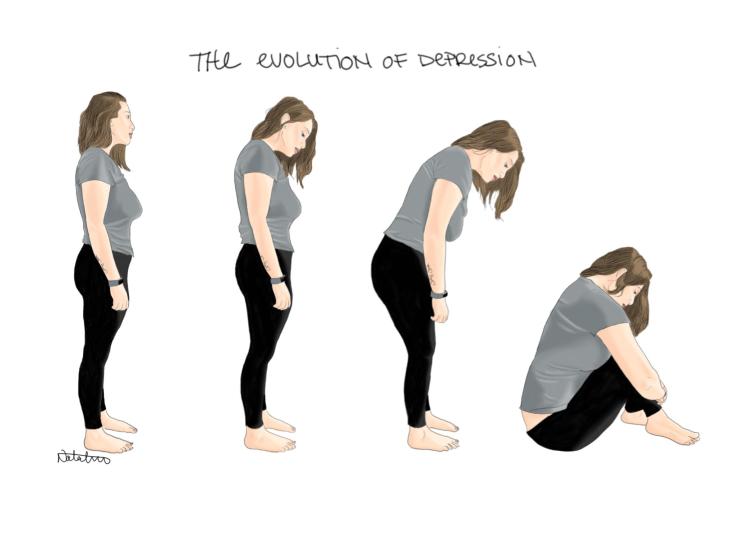 I recently had the honor of speaking with Bobby Temps about Obsessive Compulsive Disorder, on his podcast, Mental – The Podcast to Destigmatise Mental Health. If you haven’t explored this podcast yet, it is absolutely amazing, and definitely worth a listen. Bobby and his team are creating a very crucial platform for the discussion of mental health, delving into the subjects that we all really need to talk about more. It was so wonderful getting to share some of my story with such an insightful person!

If you would like to take a listen to some of their episodes, follow this link: https://www.mentalpodcast.co.uk

If you would like to take a listen to my talk with Bobby, follow this link: https://www.stitcher.com/podcast/mental-the-podcast-to-destigmatise-mental-health/e/60256661